One Magical Night in May

Salvador Sobral gave a truly impeccable performance of ‘Amar Pelos Dois’ to smash both the jury & public vote. He didn’t quite pull a Rybak in terms of the numbers but came bloody close. He toned down the unusual movements ever so slightly to make it that little more accessible but still remained truly adorable, charming and true to the song. The reprise with his sister, Luisa was an incredible display of sibling love  and moved me to tears. Well, actually I was howling like a baby at that point but the prosecco might have had a hand in that! There does seem to be some consternation regarding his speech at the end which sounded to some like he was being derogatory towards his fellow performers. To be fair I don’t think that was his intention, he was trying to make a grander point about music and entertainment as a whole and it clearly came out a little wrong. Considering all the Eurovision community do is throw out opinions for months on end he shouldn’t be chastised for doing the same.

We also catch a brief glimpse of the legend that is Henric Von Zweigbergk! Hero!

I want to touch very briefly on the national juries which seem to be detracting from the end result rather than helping to make it ‘fairer’. Of course everything is a matter of taste and judging a music competition is always going to be the most subjective of matters but the jury voting patterns we’ve seen in these last few years, and again this year, must call their role into question. There will be those that’ll propose just getting rid of them altogether and returning to 100% televote or perhaps reducing their impact by adjusting the split. The booing of Greece & Cyprus in the hall is most certainly not something I agree with but you can understand the sentiment. It’s ludicrous when you see every Armenian & Azeri juror voting their opposite number in last place, simply ludicrous. No doubt this will be looked at over the off season. Also, Latvia last in their semi? These jurors know NOTHING!

On a slightly less serious note there were so many fun, joyous moments last night that help make a Euroivision night so special. That kiss! Or should I say those kisses! NAVI are Salvador’s biggest rivals for most adorable prize so when they locked lips at the end it was a beautiful moment for the two of them. Whereas Alex trying to do the same with Ilinca…not so much!

Whilst I was hoping against hope that The UK would get a top ten place (which we did with the juries) I said before anything 15+ would be an accomplishment. The BBC continues to improve and when you think the low we hit with Electro Velvet two years ago they’re really making the effort. All of us Eurovision obsessives owe a debt of gratitude to Lucie Jones, she was the perfect model professional throughout the competition. Always came across well in interviews and nailed every performance. Despite competition from Garlick & Ewen I would that’s our best entry since 97. Thankyou Lucie, you did us all incredibly proud.

One of the other performances of the night for me had to be from Blanche. It feels like we’ve all been on a journey with Blanche. Having seen her so scared in London and those early car crash rehearsals I felt genuinely concerned for her wellbeing. So when she knocked it out the park I was fist pumping and cheering like a proud father. Then finishing fourth only proved how much Europe loved her and the song.  Hope it should go on to have the chart success it deserves. 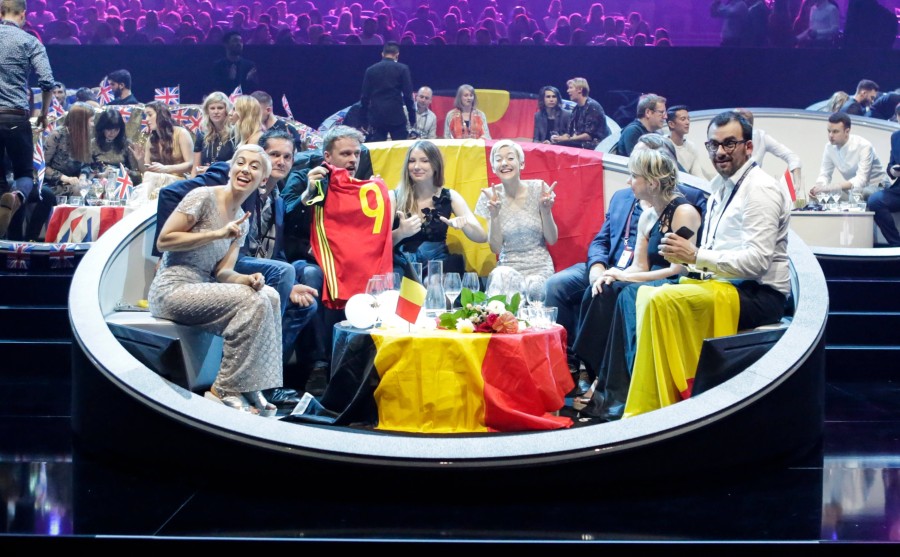 Then we had the outrage of an arse on stage livening up Jamala’s performance no end. The hosts lovely monologue at the end declaring their pride in Kyiv was delightful. Actually, the hosts generally did a decent job all told. Manel’s attempt at a high note will live long in the memory. Yodelling, horse heads, every single thing Jacques Houdek did on stage…all in all it was another great Contest and throughout so many difficulties Ukraine did a truly excellent job. Ah well, the countdown to Lisbon 2018 starts today. Bring it on!